Coal camp houses along Ragland Road near Beckley are left over from Ragland Coal Company's Ragland Mine, which operated from 1920 until 1925. It probably closed because the price of coal crashed at that time due to overproduction. This Ragland, W.Va. is not to be confused with the other Ragland, W.Va. coal camp in Mingo County. (Aug. 2014 image by author)

Vintage picture of the coal tipple that was at Oswald, WV. (Image courtesy of Walter Caldwell)

Mine ruins between Price Hill and Oswold - possibly from McKell Coal and Coke Company's Sidney Mine. (Image courtesy of WVDEP AML Program)

These company-built homes at Mabscott, Raleigh County, are literally right up against the Beckley city limits, behind Melton Mortuary. Call it a coal camp suburb. (October 2001 image by author)

What's left of the coal camp of Ames, Fayette County. The residences, built by the Ames Mining Co., are on the plateau and the mine itself was down in the New River Gorge. (February 2002 image by author)

These concrete piers were the foundations for the Garden Ground tipple, built in 1940 by the New River Company on property they acquired from the McKell Estate. A Sewell seam mine, Garden Ground closed in 1961. (December 2004 image by author)

Part of the Weirwood coal camp near Pax, WV. (Image by author)

The rail depot in Oak Hill, built in 1903 and restored by the White Oak Chapter of the National Railroad Historical Society in the early 2000s. It was built by the White Oak Railroad, which was later owned by the Virginian Railway. Thus this is the last Virginian depot in WV. (October 2006 image by author)

This railroad trestle at Dothan, on the border of the New River and Kanawha Coalfield, WV illustrates why the Virginian Railway was an engineering masterpiece. (July 2008 image by author)

Rick contributed this picture of an old mine fan he found near Ragland Road near Beckley. (Image courtesy of Rick Burgess) 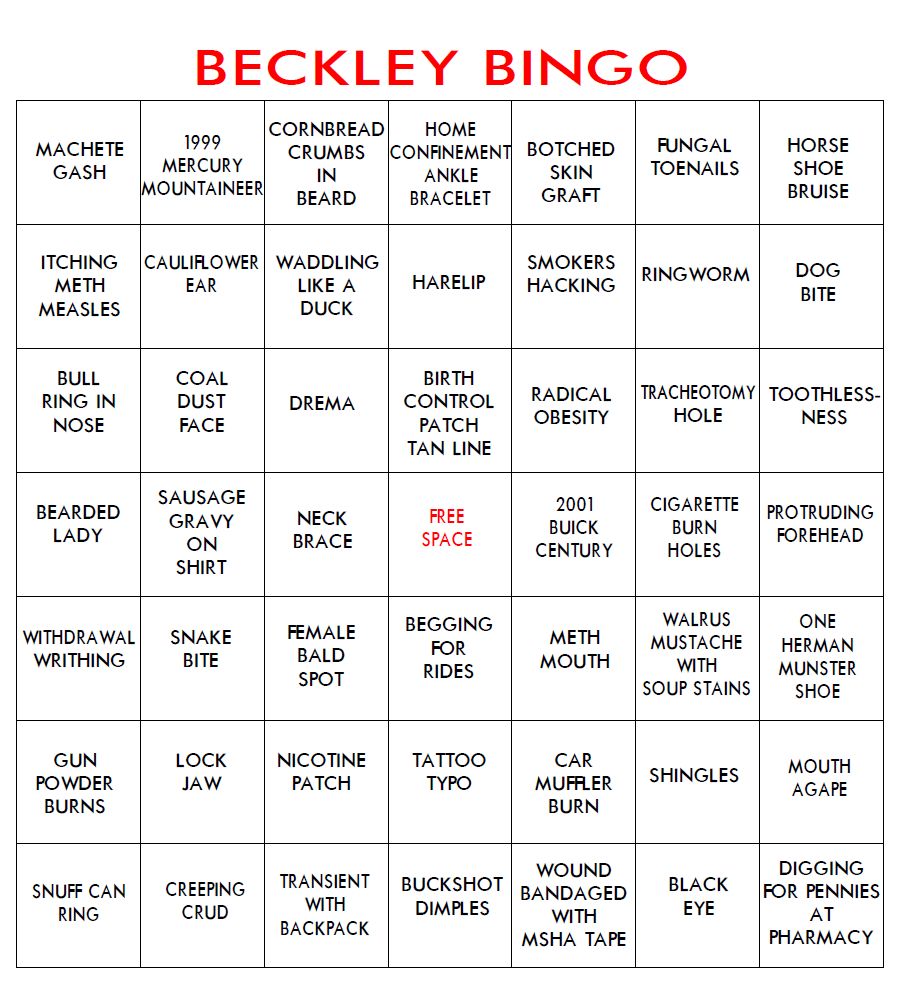 An old mine car and rails sitting on the edge of Beckley (near Woodrow Wilson High School). (Image courtesy of Rick Burgess)

Ruins of the Newlyn coal camp. I once had an elderly neighbor who grew up in Newlyn. She told me that her mother used to ask her to walk down to Thurmond to retrieve their mail, and the mother instructed her to turn her head and not look at the beer joints and saloons on the "South Side" of Thurmond. (Apr. 2015 image by author)

Incline and tipple at Meadow Fork, WV on Dunloup Creek. Evidently a small coal town accompanied this mine. The current location of Meadow Fork is where the yellow painted line disappears on the road to Thurmond. A few tipple foundations and a really cool wooden trestle that served the mine are all that remains. (Chesapeake & Ohio Railway image via Google Books)

Almost no trace remains from the Meadow Fork coal mine or mining camp, but here are the moss-covered railroad ties still at the Meadow Fork tipple siding. (Dec. 2013 image by author)

The former Babcock Coal & Coke Company store in Clifftop, W.Va. was built in the 1890s. The coal mined at Clifftop was taken down the Mann's Creek Railroad to Sewell, W.Va. where it was loaded into C&O Railway trains to take it to market. (Aug. 2018 image by author)

This house at Landisburg used to be the residence of the Babcock Coal & Coke Company doctor. Apparently he served the lumber camp of Landisburg and the coal camps of Clifftop and Sewell. (Aug. 2018 image by author)

A few of the company-built homes remaining at the former lumber camp named Landisburg, W.Va. These houses, probably built by Sewell Lumber Co., were a pretty good grade of house for a West Virginia lumber camp. (Aug. 2018 image by author)

At the southern edge of the New River Coalfield is this street of coal camp houses in Daniels, WV. The street is even named "Camp Street." Several of them have had substantial additions. They were built by the Very Top Seam Coal Co.in 1917 to house the workers of their Very Top Seam coal mine. The mine transported its coal down their own short line railroad with a Climax locomotive to connect with the end of the C&O branch that went from Raleigh to the Blue Jay and Ritter lumber camps. This Beckley seam coal mine was opened at the height of the World War I coal boom, and like another ephemeral Raleigh County coal camp - Viacova Smokeless Fuel Company's Viacova mine - a small group of homes were quickly constructed, and coal was mined for 5 or 6 years before the mines were exhuasted and/or the coal market collapsed. (Image by others)